A Tunisian perspective on the 2018 WSF in Bahia

As a Tunisian participant in the 2018 WSF, I could not help but notice the similarity with the 2013 and 2015 WSFs which both took place in Tunisia

The WSF in Bahia started on a festive positive note that did not last long. The assassination of Marielle Franco had a strong impact on all those present whether they knew her or not. Franco was a city councillor and a known activist of the Afro-Brazilian movement, the women’s movement and the LGBT movement. She also led a commission against police violence in the favelas of Rio. The most striking fact is that it is always the leaders of the left who pay the high price of their vocal criticism of political abuses and the imposition of the neoliberal agenda. 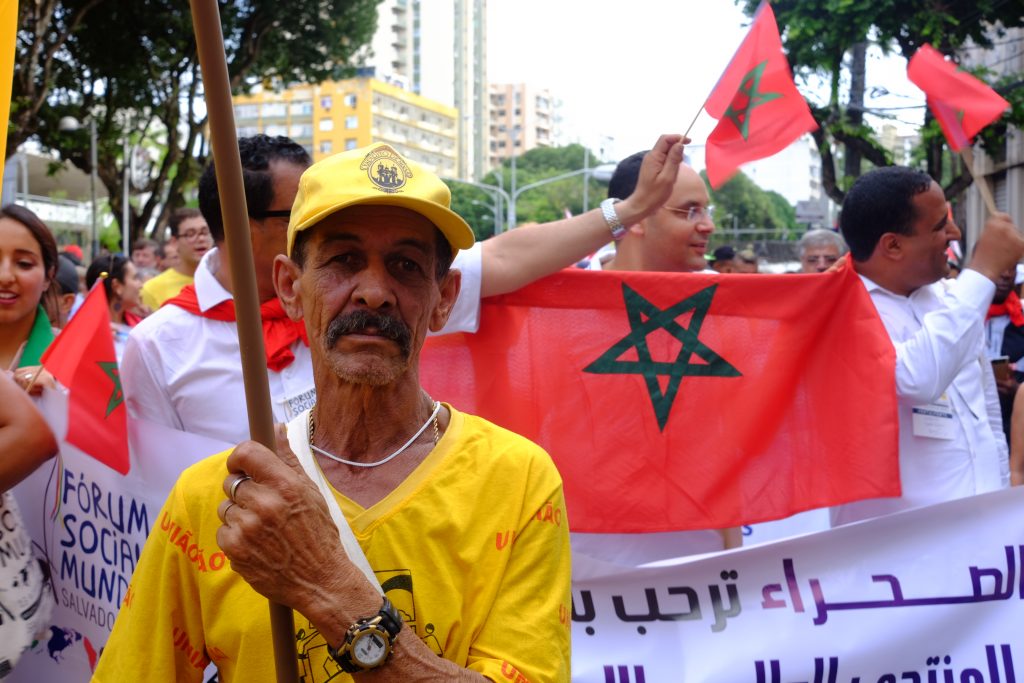 Political turmoil and the WSF

As a Tunisian participant in the 2018 WSF, I could not help but notice the similarity with the 2013 and 2015 WSFs which both took place in Tunisia. Less than two months before the start of the 2013 forum in March, Chokri Belaid, a Tunisian political leader who devoted his life to fight for human rights and social justice, was assassinated in February. The left was in a state of shock, especially that Tunisia had already been living through a muddled political context under the governance of a joint coalition of parties.

The anti-globalization movement from all over the world had been looking forward for this edition as it was the first social forum to be held in Arab country, especially the country from which the spark of the Arab revolutions took off. Activists from both Tunisia and Morocco who were leading the organising committee have decided not to cancel the forum following the assassination of their comrade and to keep going despite the emotional burden and with the trauma of what a political assassination could mean to the future of Tunisia.

This was also the case of the 2015 edition where a terrorist attack took place a few days before its start. The Bardo museum terrorist attack resulted in the death of 23 people, mainly tourists, who were killed at the hands of Jihadist gunmen. The Tunisian civil society feared that the fight against terrorism will end up affecting civil liberties and rights which did actually happen. In a report issued in 2017 Amnesty international detailed the impact of emergency measures including cases of torture, arbitrary arrests and detention, house searches without warrants, arbitrary assigned residence orders and travel restrictions.

This is facilitated by the state of emergency which is still effect in Tunisia till now since it was imposed in November 2015. Moreover the focus on terrorism takes the attention away from severe socio-economic conditions and political deadlocks. Franco and the opposition movement in Brazil were facing a similar situation. They demanded that the fight against drugs should not be an excuse for extreme police brutality against favelas’ dwellers.

As is the case in most WSF, the biggest number of participants are usually from the country and the region where it is organised. Bahia was no exception. After two editions of the WSF in Tunisia, the Tunisian participation was still very limited to the participation of some member of the organisation committee and very few number of associations. However, the Moroccan members more present even though their numbers were much smaller than the past forums. As the WSF was taking place in Bahia, a big uprising took place in Morocco in Jerada, a small coal mining town, after two brothers died scavenging coal deep underground. The Moroccan authorities responded to the uprising with violence and arbitrary arrests.

In solidarity, the civil Moroccan activists organised a small protest in the campus to show their solidarity with the Jerada movement leaders and called for the release of all political prisoners especially those of the Rif movement¹. For the North African participation, this was the highlight of the political position against the totalitarianism and the oppression in Morocco. But ten minutes after the start of the protest, a big fight took off between the West-Saharan activists and the supporters of Mohamed VI, king of Morocco, and the protest was brought to an end.

Unfortunately the fate of the democratic movement in our region had always been squashed between Islamists and military rule as is the case in Egypt and Algeria. Even though the Islamist political parties are a reality for our region, it seems that this issue is never put on the table during the WSF. The social movements of North Africa should become capable of reconciling the anti-system demands of the global justice movement with their will to develop inclusive secular social movements. So far the movements and leftist parties have been incapable of formulating a position beyond animosity from Islamist political parties. However we are seeing progress in the debate on wealth repartition and climate and environmental justice.

I must say that I left Brazil with the same questions that I ask myself after the past editions that I attended. Does it make sense after the lack of political impact of the final edition to keep taking part and contributing to the WSF dynamic? Is the networking that comes out of it worth the resources that are put into it? Aren’t local forums more adequate for making impact before going on a global level? Or maybe even just sticking to the thematic forums like independent media or climate justice?

It seems that thematic forums are the ones who make a bigger impact. There are a lot of those already planned for the African continent like the World Social Forum against Extractivism which will take place in South Africa in August 2018. I cannot pretend that I have an answer to all the questions I raised but I can say that the organising committee and the activists around them need to question the WSF process and find ways to revive it as WSF is not any more the central place to challenge neoliberalism.

1 – The Rif movement is a protest movement which took place in the Rif region, a Berber region in the North of Morocco, between October 2016 and June 2017 after the tragic death of a fishmonger, who was crushed in the garbage. The  movement had social and political demands and was met by authorities with violence. The estimation of the number of political detainees from the Rif movement is around 300.