Rosa Luxemburg was a shining star of the early socialist movement. As an economist and political theorist, a teacher and public speaker, a comrade and rebel, a revolutionary and martyr of the German Revolution, she was many things to many people. Her legacy today reflects that, stretching across a broad spectrum of the international left.

Last fall the RLS New York office held a conference at the New School and co-hosted with Verso Books to which they invited a mixture of academics, journalists, and activists to discuss Rosa Luxemburg’s theoretical work and how it may contribute to current discussions taking place on the Left. The contributions of our invited speakers were so good that they decided to turn them into a book.

Rosa Remix is the result. With seven sections and sixteen chapters, Rosa Remix covers a wide range of subjects, starting with Rosa’s life, finishing with her legacy, and in between grappling with issues like climate justice, feminism, graphic novels, or protest movements.

The book also includes drawings from a recent graphic biography of Rosa Luxemburg’s life, plus contributions from its editor and artist/author.

With this unique collection of short essays, we hope to truly remix Rosa’s body of work, carrying forward her indomitable spirit and invaluable political and economic theories for a new generation of activists and engaged citizens. 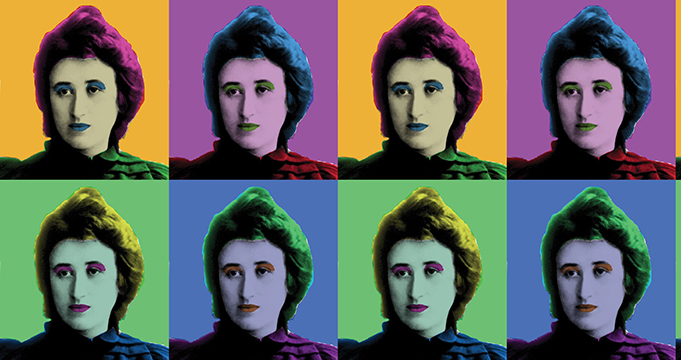