Donald Trump and the rise of the nationalist right

Examining how Trump won the US presidency 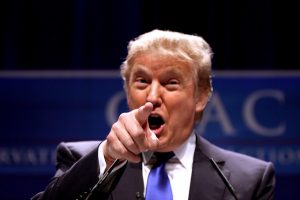 We are witnessing a tidal change, and it will not be for the better. Right-wing nationalist populism continues to rise throughout the Western world. With the victory of Donald Trump, its ascendancy has reached a new height.

Over the course of the last years, far-right movements have grown more powerful in small towns and capital cities across Europe. In the United Kingdom, right-wing nationalists were the driving force behind Brexit. In other countries, the far-right has joined in―or even taken over―national governments. Its ambassadors now include heads of state from Turkey to Hungary to Russia to Poland. With the election of Trump, even the “leader of the free world” will belong to the authoritarian right.

While the nationalist right used to be in disagreement and disconnected, today these forces are much better linked up than commonly known. Stephen Bannon’s Breitbart News is already reaching out to Marine Le Pen of France’s National Front and to the far-right Alternative for Germany. They share a broad set of values and goals: anti-immigrant, anti-black, anti-Muslim, anti-feminist, and other sentiments are woven into an ideological net of white nationalism, traditionally known as white supremacy.

In this context, it is a bitter irony that Donald Trump―who lost the popular vote (and it wasn’t even close)―could only win because of the Electoral College arithmetic, meaning that his victory is the result of an institution that is a direct vestige of slavery.

With Donald Trump in the White House, the seriousness of the far-right threat can hardly be overestimated.

In the US, major accomplishments of labor and civil rights, women’s and LGBT, climate justice and other social movements are at stake. On the international and global level, the election of a president who ran an explicitly racist and anti-Muslim “tough guy” campaign will increase existing tensions and the likeliness of further hostilities.

This series takes a look at five major explanations for why Trump won this election. Of course these are not the only reasons―not explicitly analyzed, for instance, is how bad a candidate Hillary Clinton proved to be, and how badly her campaign was run―nor would we necessarily argue that any one is more important than the others. Together, they rather represent a sort of patchwork―sometimes overlapping, others intersecting―that provides an overview of how this national (and indeed worldwide) catastrophe could happen. Our issues of focus will be the Democratic Party’s neglect of the white working class; the persistence of racism; misogyny and corporate feminism; and the left’s shortcomings and failures. Early next week, we will add a fifth piece on the role of media and the internet, written by Winnie Wong, co-founder of #FeelTheBern and People4Bernie.